The International Monetary Fund (IMF) has called on Somali government to speed up the registration of mobile money operaors (MMOs) to allow for regulation of the mobile money sector.

The IMF mission said a statement Thursday following a week-long engagement with Somali authorities there was need to enusre the registration of the mobile money operators which is key in countering illicit financial flows and money laundering.

It added that both the IMF mission and Somali authorities had agreed on a new structural benchmark was ‘that will ensure greater transparency in the licensing of MMOs and the issuance of the underlying telecommunications licenses.’

The World Bank warned in a report in 2018 that absence of a legal framework to regulate the mobile money sector posed a risk to the economy owing to possible macro-economic effects should the MNOs collapse.
According to the lender, 155 million transactions amounting to $2.7 million take place in Somalia on a monthly basis.

In today’s statement, the IMF also hailed Somalia’s fiscal reforms. “Staff commended the authorities on their continued progress on fiscal reforms, including in the areas of tax and customs administration, and ongoing efforts to enhance intergovernmental fiscal relations and transparency”

The meeting was the first review of Somalia’s economic reform program being supported by an Extended Credit Facility (ECF) arrangement. 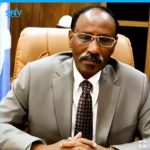 “Firstly, This Is My Country”: Ilhan Omar Hits Back At Trump’s Racist Rally Attack