In a stunning moment during the 94th Academy Awards on Sunday, “King Richard” star Will Smith hit Chris Rock after the stand-up comedian made a joke about the actor’s wife, Jada Pinkett Smith.

Smith, accepting the best actor Oscar in “King Richard,” later apologized to the film academy and his fellow nominees as tears streamed down his face. But he did not address Rock and attempted to justify what he did.

“Art imitates life. I look like the crazy father, just like they said about Richard Williams. But love will make you do crazy things,” Smith said as he was recognized for his role as Richard Williams, father of tennis greats Venus and Serena.

The encounter between Smith and Rock left the audience inside the Dolby Theatre stunned.

Rock, presenting the Oscar for best documentary feature, said that he was excited to watch Pinkett Smith in “G.I. Jane 2.”

In 2018, Pinkett Smith revealed she was diagnosed with alopecia, a condition that causes hair loss. Ridley Scott’s action film “G.I. Jane” (1997) starred Demi Moore as a woman who joins the Navy and shaves her head during her military service.

Smith then marched to the stage at the Dolby Theatre and hit Rock. The sound then cut out on the U.S. broadcast, but Smith appeared to be shouting the words: “Keep my wife’s name out of your f—–g mouth!”

In his acceptance speech, Smith appeared to compare the incident to Richard Williams’ fiery spirit.
“Richard Williams was a fierce defender of his family,” Smith said in his speech, fighting back tears.

He said he got the chance to “protect” his co-stars in “King Richard.”

“I’m being called on in my life to love people and to protect people and to be a river to my people,” he said, tears streaming down his face.

He said that, in the entertainment industry, performers are forced to “take abuse” as “people talk crazy about you.” 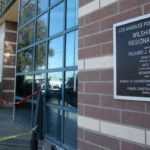 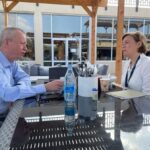 Can Ethiopia pull back from the brink?

Africa stands with Turkey after earthquake