Somalia’s President Mohamed Abdullahi Mohamed Farmaajo said: “We share the shocks of the tremor and the tears with the Republic of Turkey and remain in solidarity with you as you salvage the situation.”
Burundian President Evariste Ndayishimiye said he learned the news with “deep sadness” and extended “sincere and saddest condolences to the affected countries and families.”

“Our thoughts and prayers go out to the friendly and brotherly people of Turkey bereaved by an earthquake,” said President Idriss Deby Itno of Chad.

Cameroon Ambassador to Turkey Victor Tchatchouwo also expressed his sympathy: “Condolence of Cameroon to the friendly and brotherly people of Turkey after the October 30, 2020 earthquake and speedy recovery to the injured.”

The Ethiopian Embassy in Ankara expressed its “deepest sympathies and sincere condolences to the families and friends who lost loved ones due to the earthquakes in Izmir.”

“We share the grief of the friendly and brotherly Turkish people, wish Allah’s mercy upon those who lost their lives and once again extend our condolences to their families,” said Sierra Leone Ambassador to Ankara Kai Samba.

“On behalf of Djibouti Embassy I want to present my sympathy and my heartfelt condolences to the people affected As well as the victims of the earthquake in the western province of Izmir. May Allah accept our prayers,” said ambassador Aden Houssein Abdillahi of Djibouti.

Jean Bernard Avouma, Gabon’s envoy in Ankara, also conveyed his condolences “on behalf of the entire Gabonese community in Turkey and on my own.” 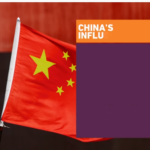 Can China be a global leader? | Inside Story 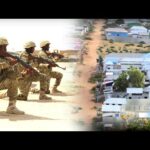